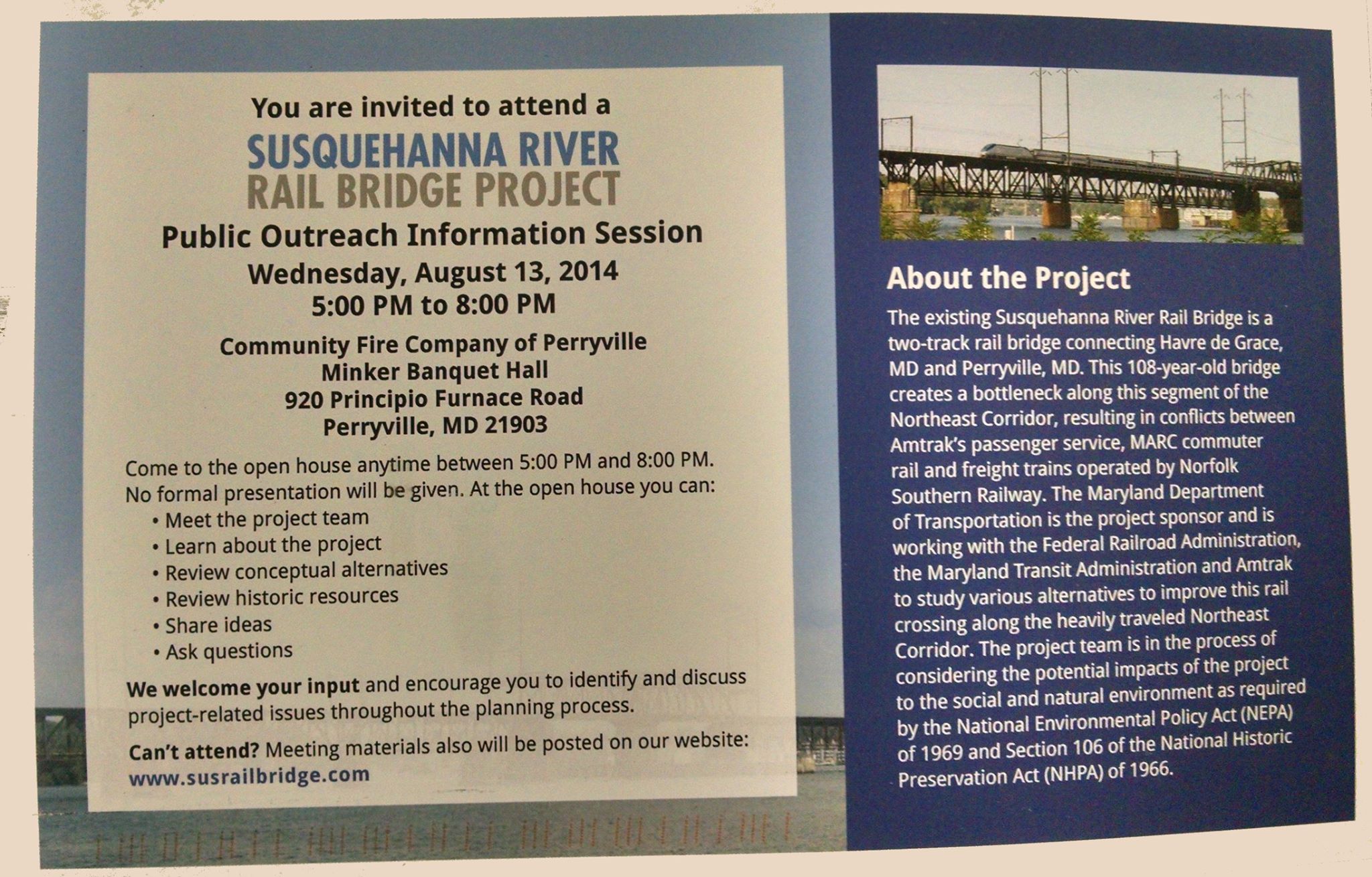 Standing in Perryville along the banks of the Susquehanna River you can see Havre de Grace.  Standing in Havre de Grace along the banks of the Susquehanna River, you can see Perryville.  From one city hall to the next, by car, it is only 3.4 miles, but the closest bridge for pedestrian or bicycle access makes the trek over 23 miles.  To make matters worse, that car ride is along toll roads, so that short car ride costs a disproportionate amount for its length.  While we understand that tolls are the price you pay to use the roads, there should be a non-toll option that does not degrade the roads as quickly as cars, such as a bicycle.  Bicycle access between these two towns will allow them more freedom for shopping, entertainment, and recreation.

Bicycle advocates are fighting to make sure that with the construction of a new railway bridge over the Susquehanna at those two towns there is bicycle and pedestrian access.  This access is not just important for connecting two towns that are too close together to be artificially separated by tolls, but it is also an important feature on the East Coast Greenway.  Currently bicycle tourists have to either call a taxi or bike out of their way to cross the Susquehanna River.  Furthermore, the crossing up river is along the Conowingo Dam, a crossing that makes even experienced cyclists nervous.  This is a deterrent for both bicycle tourists and local cyclists who use the route.  Perryville and Havre de Grace deserve the economic benefit of hungry and tired cyclists stopping over and spending money at their shops and hotels.

On Wednesday, August 13th from 5 pm to 8 pm there will be an Public Outreach Information Session at the Community Fire Company of Perryville, MD.  It is an open house and is designed for visitors to meet the people working on the project, learn about the project, and share ideas.  The East Coast Greenway and its allies will be in attendance.

At the meeting please fill out the comment card and say that you want bicycle and pedestrian access across the Susquehanna River!