On August 9th at approximately 1:50 pm a car traveling eastbound struck a bicyclist also traveling eastbound while attempting to pass.  The vehicle did not stop and continued traveling east.  The cyclist, Kurt Zwally, was transported to a local hospital with non-life threatening injuries.  The car is described as a silver Toyota 4Runner with a Maryland War of 1812 license plate.

Police are asking for any information related to the collision and the driver involved.  Please call the Montgomery County Police non-emergency number at 301-279-8000.  Callers may remain anonymous.

Click here for the full press release and updates.

Updated: Open Letter to the Driver from Kurt Zwally. 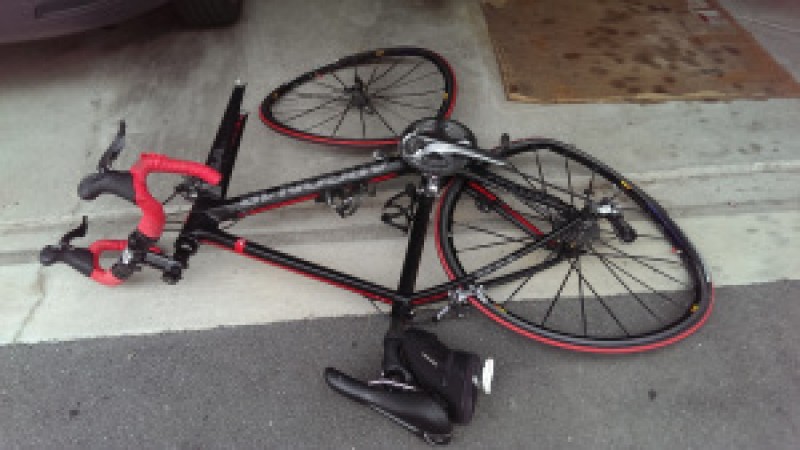