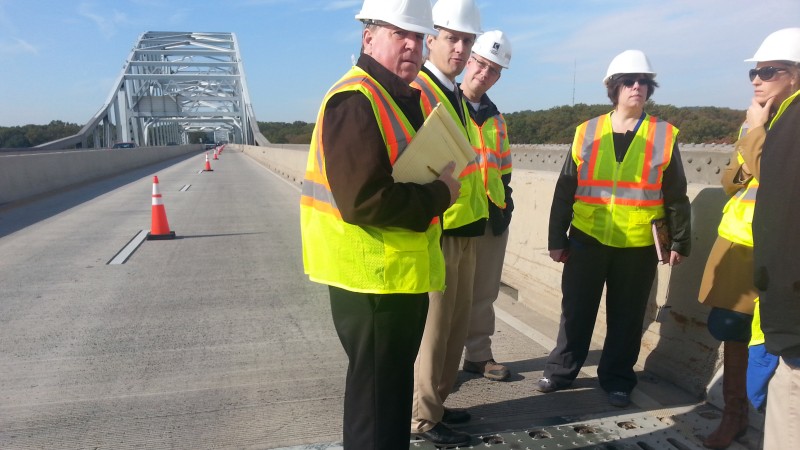 MDTA officials hosted advocates and engineers for a Hatem Bridge tour in October 2015.

At the 2016 Bike Symposium, Maryland Transportation Secretary Pete Rahn announced that on July 1st, 2016, bicycle access will be allowed on the Thomas J. Hatem Bridge!  While Bike Maryland and other advocacy groups had been working to make this a reality, the unexpected announcement came as a pleasant surprise and became the highlight of the Symposium.  Currently, cyclists wanting to bike across the state, or just between Harford and Cecil Counties, only have crossing the Conowingo Dam on U.S. Route 1 as an option.  Biking between Havre de Grace in Harford County and Perryville in Cecil County, less than 2 miles apart, requires a 22 mile detour over the Conowingo Dam.

Bike access across the Hatem Bridge has long been controversial.  While the bridge was not designed to accommodate bicycle traffic, subsequent improvements have missed opportunities to improve access for bikes whether as shoulders or cantilevered paths.  As a toll facility, the bridge is managed by the Maryland Transportation Authority (MDTA), which also manages the Chesapeake Bay Bridge, Baltimore Harbor Tunnel, Ft. McHenry Tunnel, Inter County Connector and the Gov. Nice Bridge in southern Maryland.  By law, the MDTA restricted bicycle access on all facilities until a few years ago when a law was passed enabling the MDTA to allow bicycles.   While the legal hurtle was removed, physical limitations of the bridge remain. 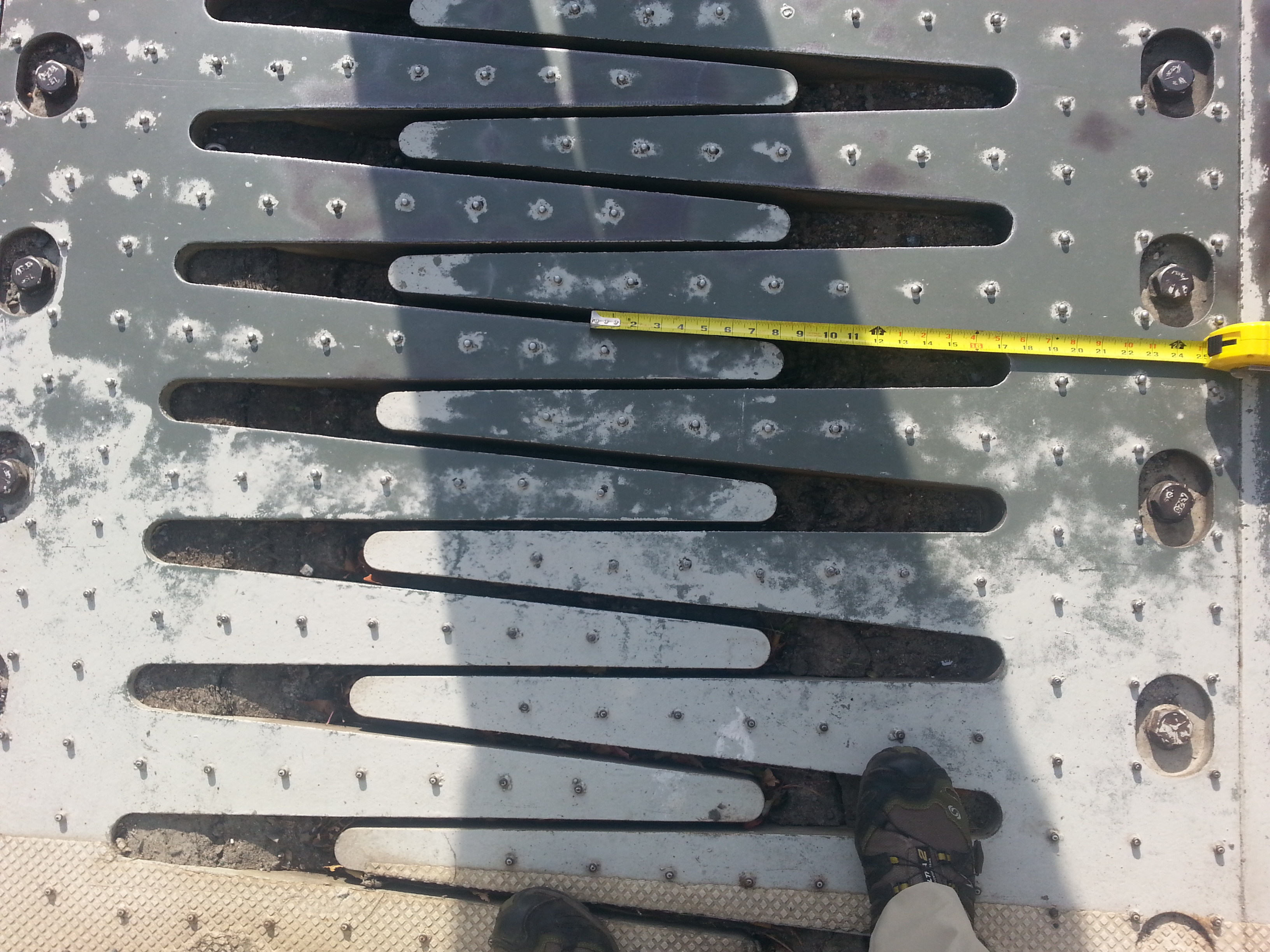 Last October, Maryland Transportation Authority staff toured sections of the bridge with advocates from Bike Maryland, the East Coast Greenway, Maryland Bicycle & Pedestrian Advisory Group, Alta Planning + Design and Toole Design Group.  A lane of traffic was closed to get an up close look at the physical constraints of the bridge.  With only a 1′ wide shoulder and 12′ wide travel lanes, no room for a bike lane is available.  Additionally, the bridge features several finger joints to allow for the bridge spans to flex with wind and temperature variations.  Aside from motor vehicle speeds, the finger joints (photo left) pose a risk to cyclists.  The joints can be covered with steel plates but then create an additional maintenance issue with snow plows.

Without a separate bike path or bike lane, those biking across the Hatem Bridge will have to ‘take the lane.’  On most roadways in Maryland, all travel lanes are also bike lanes!  Riding the Hatem Bridge will follow this same line of thinking.  We do not anticipate that optimal conditions for cyclists of all ages and abilities will be achieved by July.  It is important to note that now that bicycle traffic will be allowed on the bridge, demand to cross this section of the Susquehanna will be demonstrated.  Until now, there was little traffic data to show how many bicyclists cross or want to cross the Hatem Bridge.  With demand demonstrated, future projects, whether roadway or railway, will have data to support including separated bicycle facilities with those projects.

While details on any type of improvements, hours of access, tolls for bikes and the like are worked out, we look forward to assisting the Maryland Transportation Authority in any way possible.  As details emerge, let’s plan on riding between Havre de Grace and Perryville in July!