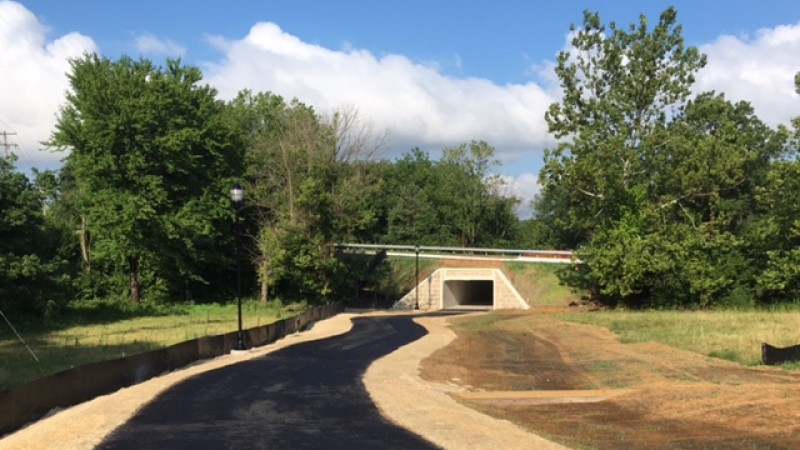 On October 4th, Frederick will be holding the grand opening of that connects the east and west sides of the city. Check out the press release below:

The City of Frederick will celebrate the completion of the single most significant connection of its citywide bicycle pedestrian transportation plan Tuesday, Oct. 4.

The city will celebrate the grand opening of the shared use path undercrossing near Rosemont Avenue. The path through the underpass connects the west and east sides of the city, carrying bicycles and pedestrians safely to and from the Golden Mile, Rock Creek Trail, Waterford Park, Baker Park, Carroll Creek and downtown Frederick.

The project is funded primarily by the city, and in part by the Bikeways Program of the Maryland Department of Transportation. The total cost of the project was $1.7 million.

The investment represents a commitment to alternative transportation options in and around the city, said Tim Davis, one of the city planners, who serves on the Bicycle Pedestrian Advisory Committee.

“It changed everything for us to be able to get from downtown to the Golden Mile without having to be on busy city streets,” Davis said.

The grand opening will occur at 5 p.m. The site is accessible by foot from the path on Rosemont Avenue. Event details are available from Davis, 301-600-1884; tdavis@cityoffrederick.com.