Cyclists Are Not Second Class Citizens 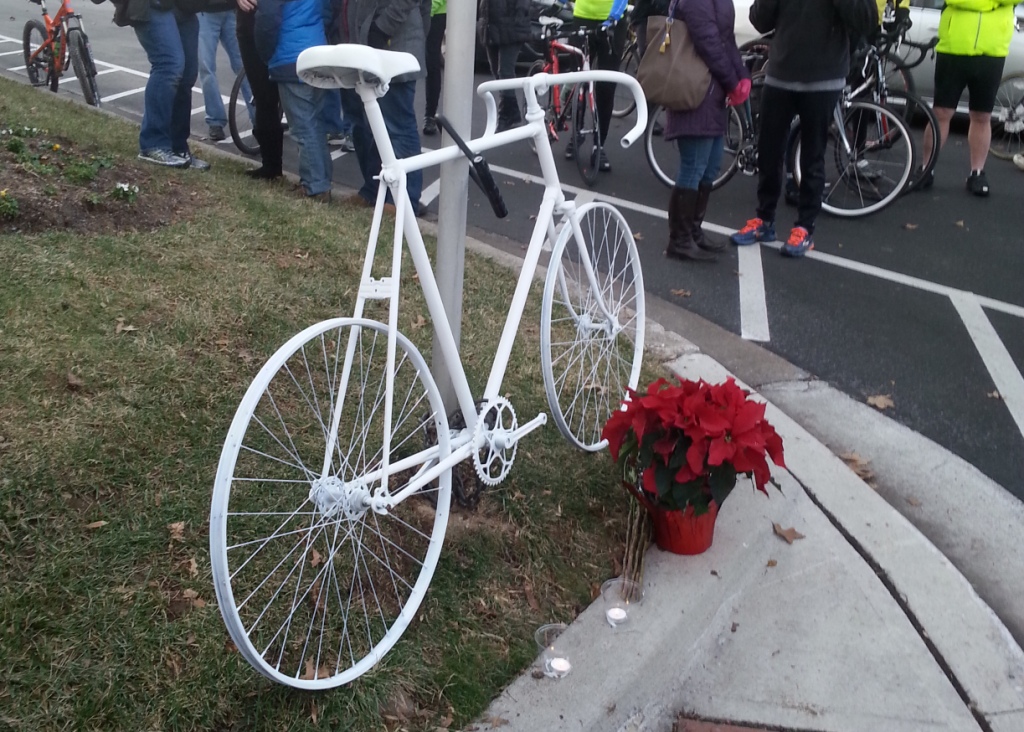 The ghost bike honoring the memory of Tom Palermo

After a few days of rain and cold, Saturday, December 27th, 2014 offered a great chance to enjoy the warm, sunny weather and shake off some of the holiday pounds. My son and I biked about 10 miles that day and we were not alone as we saw several cyclists riding the roads and trails.

Tom Palermo was also out for a ride that Saturday. Tom was well known in the Baltimore cycling community and was a very experienced cyclist. As a custom bike frame builder, Tom built bike frames one at a time, each tailored to the rider. Unfortunately, Tom did not return home on Saturday. Sometime after 2 pm on this sunny afternoon, Tom was struck from behind by a driver. Instead of stopping to assist Tom, the motorist fled the scene of the crash leaving him to suffer alone. According to the Baltimore Sun, CBS Sports analyst and Baltimore resident Jason LaConfora ‘saw the badly injured victim…and stopped to call 911.’ Mr. LaConfora’s wife was also the victim of a hit and run while jogging last year.

The factors leading to Mr. Palermo’s needless death were generations in the making beginning when we fell in love with the car just after WWII. We have adjusted our built environment and psyche to accommodate car access over human access. The proliferation of automobile use has desensitized us to other road users around us. The perpetuated convenience and access to automobiles separates us from our surrounding environments and fellow human beings.

A license to drive is a privilege, not a Constitutional right. To earn and maintain access to an automobile, drivers need to consistently prove they are responsible enough to drive safely and responsibly. Over time our legislators have enacted more laws to increase safety for all road users when drivers cannot be counted on to make the right decisions behind the wheel: mandated seat belt use, substantial penalties for drinking and driving, and stricter restrictions on cell phone use.

Everyone has the responsibility to watch out for others on the road including cyclists, children walking and biking to school, workers catching the bus, and shoppers on Main Street. The number of cyclists on the roads are increasing for recreation and transportation and drivers need to respect cyclist’s’ rights. It is the law to provide at least 3 feet to pass or wait until it is safe to do so. Drivers must recognize that bikes are considered vehicles in the State of Maryland, and may legally use the full lane on most roadways. Cyclists have the same legal responsibility to obey traffic laws.

When one human being wounds another human being while driving and then abandons them, the privilege of the driver’s license has been abused and needs to be revoked. Cyclists are not second class citizens with less value to their lives. Tom Palermo was not only a cyclist, but also a son, brother, father and husband. We express our sincere condolences to Tom’s family and friends and trust the legal system to hold responsible parties accountable.