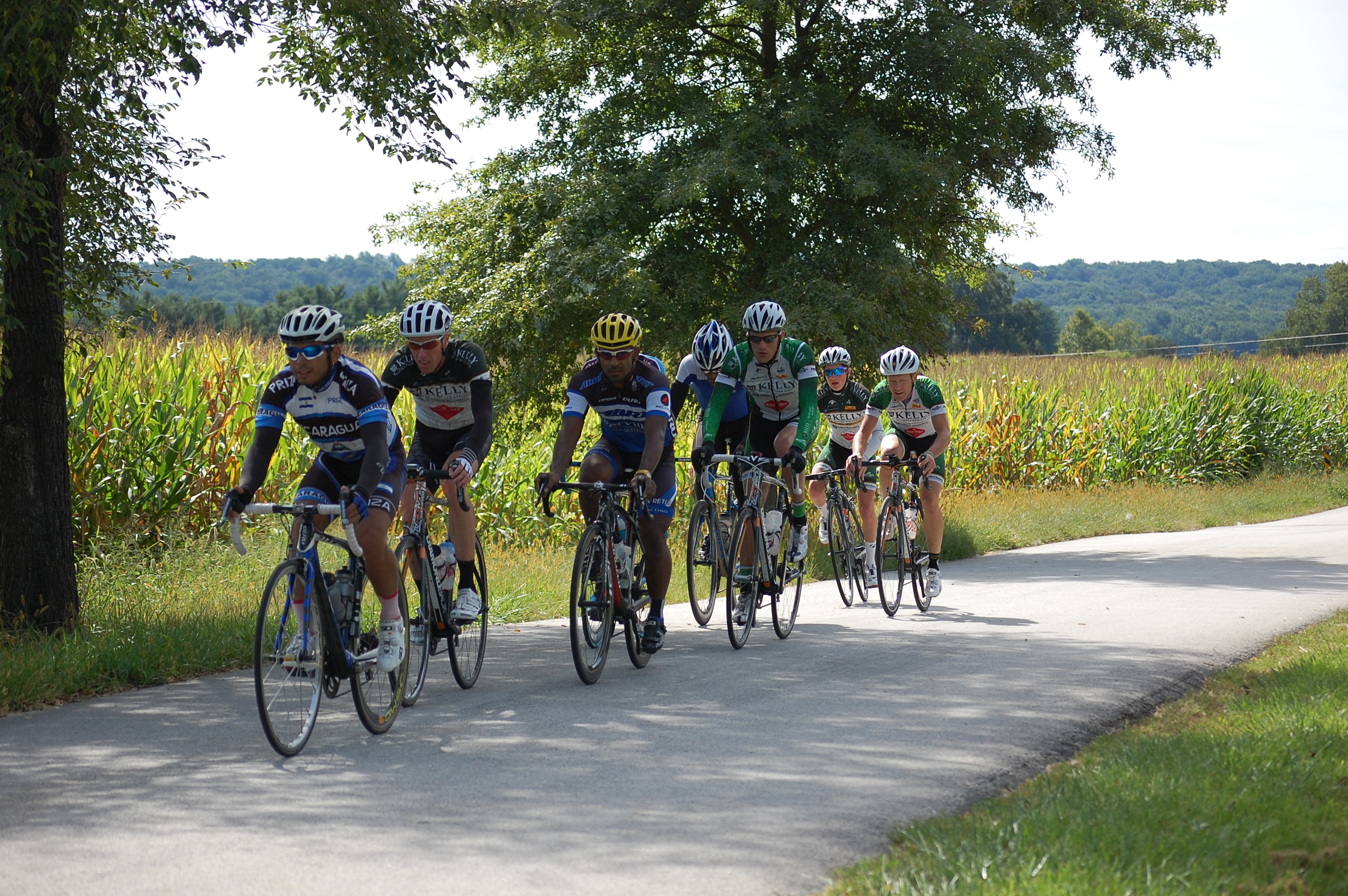 Yesterday morning, MORE Director of Development Dave Ferraro and I had the privilege of meeting with Baltimore County Executive Kevin Kamenetz and Chief of Staff Don Mohler.

In recent years, Baltimore County has made positive steps in becoming more bikeable with numerous trails opening in Catonsville, the creation of the Towson Bike Loop and the work of the Pedestrian Bicycle Advisory Committee. With these improvements in place, we discussed practical ways to further improve the bikeability of The County. We presented 3 big asks to push the county’s bikeability:

1.  Designate a qualified bicycle planner.  With two county bicycle plans on the books, a county steward is needed to ensure the bike plans are implemented.  The Eastern County Bicycle and Pedestrian Access Plan was adapted by Baltimore County in 2006, the same year as Baltimore City’s (initial) Bicycle Master Plan.   As the city has added miles of bike lanes through specific bike projects, resurfacing, traffic calming and a myriad of roadway improvements since 2006, the county has had limited roadway bike improvements.  The primary reason for this difference is dedicated staff to ensure those bike improvements are created.  Personnel knowledgeable in bikeway improvements will enable bike-centric design options and reduce the likelihood of Edmondson Avenue designs being constructed.

2. Make the Torrey C. Brown Trail to Jones Falls Trail Connector a reality! Reviewing a map of the Mid-Atlantic’s trail system, a glaring gap exists between the Torrey C. Brown (aka Northern Central Railroad) Trail and the Jones Falls Trail.  By connecting these two trails, a continuous off-road path would extend from York, Pennsylvania to Harbor Hospital at the end of the Gwynns Falls Trail. Instead of a congested trailhead at Paper Mill Road, county residents could access the trail closer to home (or from home) and bike to York or the Inner Harbor.  This trail connection would also be the conduit for major long distance routes like the East Coast Greenway and U.S. Bicycle Route 1, not to mention local connections between Hunt Valley, Cockeysville, Timonium, Lutherville, Ruxton and Mt. Washington.  No doubt, this is a long-term project that begins with a feasibility study which can be funded through multiple state and federal sources.

3. Join the USDOT’s Safer Streets Initiative.  Secretary Foxx is challenging mayors and local elected officials to take significant action to improve safety for bicyclists and pedestrians of all ages and abilities over the next year.  As of today, the only city in Maryland to join this initiative is Frederick.  By utilizing the Pedestrian Bicycle Advisory Committee and recommendations in the county’s bicycle pedestrian access plans, Baltimore County can join this federal initiative and make streets safer for people walking and biking.

With these requests, comes some long awaited good news:  MORE and Bike Maryland have been encouraging Baltimore City to enter into a trail stewardship agreement with MORE.  This agreement would allow mountain biking on select single track within watershed properties, specifically at Loch Raven, while developing a partnership to preserve the watershed’s integrity by closing unsustainable trails and continuing to provide trail maintenance.  With Loch Raven soon to be a legitimate single track destination, Baltimore County could become more of a mountain bike mecca with Patapsco on the west and the Gunpowders on the east.   As the paperwork is ironed out with Baltimore City, MORE and Bike Maryland are excited about the natural surface biking prospects on the horizon.

Thanks again to County Executive Kamenetz for his time and openness to creating a more bikeable Baltimore County.